If you’ve been looking for the next show to binge on Netflix and are stuck at a crossroads, look no further- you may just want to consider “The Society”. It’s not for everyone, but if you’re into dystopian sci-fi thrillers then this may just be exactly what you’re looking for. Think modern-day “Lord of the Flies” meets “Degrassi” and “The Twilight Zone” (you’ll see what I mean)!

The basic premise follows a group of high-school students who go on a field trip, only to return back to their home town and discover that everyone else has disappeared and they have no longer have internet or any means through which to access the outside world- if it still exists.

Get ready to explore a wide range of controversial issues and topics such as abortion, gun control, domestic violence, terrorism, murder, suicide, political conflict and more, as the teens attempt to survive and establish a new society of order.

It also covers the basic philosophy of existentialism, really delving deep into the exploration of life purpose and exposing the underlying nature of human beings when faced with difficult challenges and life situations. Combine that with a bunch of hormonal teenagers left to fend for themselves in a world without any adults, authority or essentially any right and wrong and you’ve got yourself one binge-worthy summer addiction!

One episode in particular stood out to me- and don’t worry, I won’t give too much away- but it was an episode that explored a topic that is near and dear to my heart: capital punishment. I am openly and completely against the death penalty in any and all cases, especially due to the fact that one of the major counterarguments concerning budget and resources, is invalid; in fact, life in prison costs significantly less than execution.

However, this episode explores the beginning of that concept in a world without any history or rules, and without adequate resources for lifelong imprisonment. (Sidenote: I still disagree with capital punishment, but this is just to say that this episode, along with most of the other episodes, will really make you think hard and reconsider a lot of viewpoints that you may once have been closed off to).

All in all, I’d give this show a 10 out of 10, as it really is the perfect balance between reality and illusion with just the right pinch of suspense, expertly crafted and delivered with a talented cast and entertaining plot twists throughout that will keep you on the edge of your seat.

And if you’re looking for more psychological thrillers like this, you may also enjoy Black Mirror (although it initially premiered a few years ago in 2016 but still has plenty of new episodes you can catch up on). Let me know below what your favorite dystopian movies, books and shows are and what you think of “The Society”. 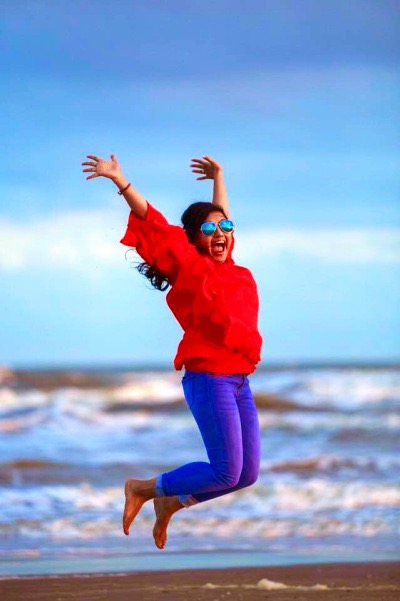 Free-spirit 🕊 Life is short & so am I, but my hair is long & faith is forever.

Welcome to my home on the internet, where you can catch a glimpse of who I am and what my life is all about. Here I document my journey as a free-spirit and lifestyle blogger, sharing my life and passion for wellness and business, hoping to inspire you along the way.

Let’s Be Friends on FB!